Why Do Poor Voters Support A Pro-Rich Party In India? 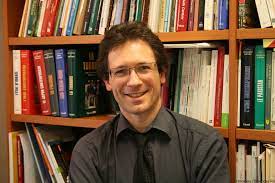 On November 10, the South Asian Studies Council at Yale MacMillan hosted Christophe Jaffrelot, researcher at CERI-Sciences Po and professor at King’s College, for a talk on the complicated reasons why poor voters in India support the right-wing BJP party despite its pro-rich policies.

Jaffrelot explained that the BJP, party of current Prime Minister Narendra Modi, is demonstrably “more than pro-rich, it’s elitist.” He detailed the history of the party’s elitism though economic policies, pointing out that in the face of growing income inequality, the “government taxation policy has not tried to correct it, to the contrary.” Citing the rise in income tax exemption limits as a key policy for classifying the BJP as pro-rich, Jaffrelot also noted the rise in indirect taxes as a reason for understanding the party not just as elitist but as specifically “anti-poor” in its economic policies. “Indirect taxes… are the most unfair taxes” Jaffrelot stated, citing them as an added burden on the country’s poor. Indeed, since 2014 the “percentage of Indians living below the poverty line has increased significantly.” “The fact that this is a pro-rich government is well documented” Jaffrelot concluded.

However, despite this evident trend in the party’s policies, each class in India voted for the BJP in larger numbers in 2019 than ever before. Jaffrelot specifically highlighted a “constant rise in people considered poor by the CSDS” supporting the BJP. He explained that this trend is occurring “so much so that class does not matter anymore in the voting patterns.” He cited this as a particularly significant and unusual trend, especially given that in the past class has played a notable role in determining India’s voting patterns.

To begin to explain why the BJP has received such significant support from poor voters, Jaffrelot insisted that they must have gotten from the party “something that was not money but that was sufficiently attractive.” Modi’s rhetoric, Jaffrelot argued, has played a big role in this. He “claims that he’s one of them, that he works for them.” Specifically citing Modi’s monthly radio addresses called Maan ki baat , Jaffrelot argued that the Prime Minister “relates to the poor in a direct manner,” building an idea of an “intimate, trust, truth-based relationship” with them. He detailed how Modi himself claims an upbringing as a member of the poor class, and has a remarkable “capacity to persuade, convince that he is there for them and even if they don’t get anything now they will get something later.”

Jaffrelot also emphasized the importance of three of Modi’s policies—the 2014 “Clean India” mission which aimed to improve rural sanitation through providing toilets with separate facilities for girls in schools, a 2014 initiative to provide bank accounts and debit cards for all, and a 2016 program offering gas cylinders. Jaffrelot argued that despite the fact that these schemes did not translate into financial transfers, they were extremely significant as “symbols of recognition and respect.” He emphasized Modi’s rhetoric of dignity, pride, and hope for the poor, underlining the importance of this vocabulary in making India’s disenfranchised feel empowered by the Prime Minister despite his party’s detrimental economic policies.  Modi’s base of support in India’s poor can then be understood as “not only about money but about dignity”.

However, Jaffrelot insisted that class alone is not enough to understand the relationship between poor voters and BJP support. He discussed what he calls the “Reservations Paradox” wherein government “reservations in each state have been cornered by certain jatis” or subcastes of dalits and even – to a lesser extent - OBCs resulting in a sense of resentment and disenfranchisement in non-hegemonic dalit and OBC subcastes which the BJP has tapped into. He gave the example of the Jatav jati in Uttar Pradesh, which has historically been overrepresented in reserved government seats and supported by the BSP when the party was in power. He detailed how the BJP appeals to other non-dominant dalit jatis by offering them a chance for representation and a feeling of solidarity. “BJP has perfectly understood,” Jaffrelot argued, that these disenfranchised subcastes, who are also some of the poorest groups in the region, are “free and in quest of some protector.” He argued that in the 2019 elections the BJP “cashed in on the resentment” of non-dominant subcastes. This, he pointed out, is the “caste artifact that explains why the poor vote for BJP.” He emphasized that to understand the political economy of populism in India we “have to stop looking at dalits as a block,” because in this case and others “caste prevails above class.”

In the Q&A following his lecture, Jaffrelot was asked about parallels to the U.S.’s own rise in populism and right-wing politics. He noted the striking similarity in both cases of the “capacity of the rich to claim they take care of the poor” despite economic policies to the contrary. When asked about the recent farmer’s movement in India, Jaffrelot noted the possibility of a shift in the political landscape. “There is a resistance that is crystalizing,” he remarked, pondering the possibility of a “comeback of socio-economic issues.” He mentioned that this movement, which has been occurring for the past year, “may be one of the factors of the transformation of political discourse.”

Written by Maya Pasic, a senior history and English major in Yale College.