What Are the Consequences of India’s Currency Reform?

On November 8, India’s government announced that it would ban existing 500- and 1000-rupee notes, the country’s two largest denominations. The aim is to undercut counterfeiters and combat the corruption and crime that rely on paper money. But most ordinary Indians keep their savings in paper currency as well. Since the announcement, they have rushed to convert their holdings into new denominations, with long lines and shortages at banks and ATMs. Others may simply give up their savings to avoid paying taxes. Businesses dependent on cash are expected to suffer, and some observers say that demonetization, as it is called, could even spark a recession. Yale SOM’s Shyam Sunder sketches what he sees as some of the effects this move is likely to have on the Indian economy.

Two weeks since it went into effect, consequences of demonetization of higher denomination notes in India is largely a matter of speculation. Since most aspects of human behavior are intimately interlinked, every intervention sets off innumerable chains of reactions that create new reactions of their own. Since human ingenuity knows few bounds, these chains are extremely difficult to forecast. Yet, here is an attempt to do just that. 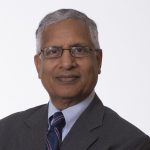