The structural violence of national territory in South Asia 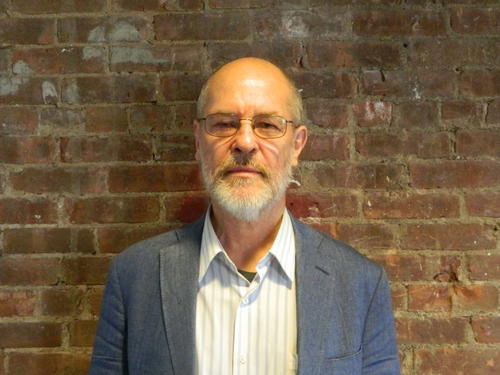 The South Asian Studies Council continued its trend of hosting talks on increasingly relevant topics. This week, we were pleased to bring Professor David Ludden, Professor of History at NYU, to speak about “The Structural Violence of National Territory in South Asia,” particularly in the context of the ongoing Rohingya Crisis. In this talk, Professor Ludden gave a detailed, critical history of the Rohingya Crisis, one that implicates questions of sovereignty and genocide, the current state of global policy on humanitarian and environmental protection, and above all, a crisis with over a million people in danger.

He began by situating the current crisis in Myanmar in the globalization of national state territorialism that came mid-century with the collapse of the imperial order. Ludden claimed that rather than seeing decolonization as the arrival of freedom, there has been the continued appropriation of resources under a world of nations and the UN, the creation of colonially-imagined post-imperial nation states, and the extension of violence beyond that of imperialism or the World Wars into, for example, genocide. Admittedly, this was a rather bleak history of the world. But more importantly, Ludden added that we, as citizens, students and historians, have a hand in how we conceptualize the world. Historians are guilty of producing histories of charters of national belonging, one where the nation, despite its often-problematic origins, is taken as sacrosanct and the sole lens for analysis. Ludden’s talk, therefore, was centered around the need to be critical of the very terms we use in our study.

Ludden went on to situate the history not in terms of the Burmese nation-state, but by locating its complicated history among the wider Bay of Bengal, its connections to Bengal and even Sri Lanka, and its relative isolation from central Burma. This domination of coastal connections over those across the mountains in Arakan have created a syncretic population and culture than often long preceded the Burmese identity itself.

These differences came into focus during and after the Second World War, with the Japanese invasion of Burma politicizing communal identities further, with many Buddhists in the National Army, while British forces armed Muslim Arakanese (the Rohingya). These local conflicts that were sparked off by international wars continued during after Partition, with local entities working to consolidate national territory into a nation state bringing Muslims from Arakan into contact with the Burmese. As the latter, allied with the army, encouraged by monks in Sri Lanka and Thailand and Hindu Nationalists in India, gained preeminence, the Rohingyas, like minorities across South Asia, became victims of a national state-binding project. They are now denied the right to vote or the right of citizenship and declared illegal immigrants.

Professor Ludden ended with a pointed note: why genocide? Although the idea of declaring and persecuting minorities is not unique in history, the idea of an ethnic cleansing, with the goal to erase their presence entirely from the region and the country, is rather unprecedented. Ludden’s hypothesis is that it is precisely the Rohingya’s deep roots that necessitates a genocide to remove the Rohingya’s claim to the land and its resources. This is especially given the timing of the crisis: 2012, a time when the Burmese military stepped back, and when land grew in value as Rakhine became prime strategic land among global geopolitics between China, India, and Western powers like the U.S. and the UK. The genocide we are witnessing is therefore not only a brutal expulsion of a population, but also a murderous criminal attempt at stealing land. This is driven not just by popular Buddhist imaginations of a mono-cultural Burmese state, but also by global business and the increasing desire for land.

The audience asked a number of questions that revolved around the value of using different frameworks for understanding, such as regional or linguistic identities, especially among populations who feel they have a local, independent history. Ludden reminded us that we must be careful not to think of them only as ‘sub-national’ and again naturalize the idea of a nation.

All in all, this was a fascinating talk on both the deep history of a current conflict and on the very way in which scholars must think about the world.