For People To Wield This Bound Aaron’s Rod 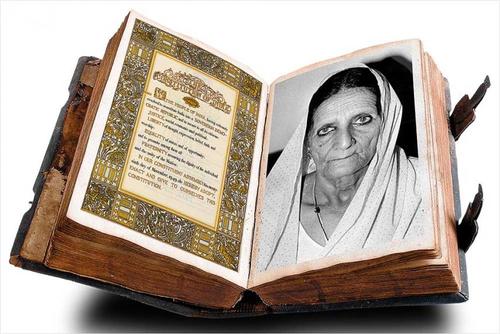 Bijou Emmanuel and his siblings, Binu and Bindu, had gone to school on a July morning in 1985. Like every other day, during the morning assembly as the other children lined up to sing the national anthem, the Emmanuel siblings respectfully stood to one side and remained silent. As devout Jehovah’s Witnesses they believed they are part of god’s kingdom and like many of their fellow believers around the world did not salute national flags or sing national anthems, which were seen as a form of worship. Several of the Emmanuel family had attended the same school across generations and had been allowed to stand silently. Yet on that July morning, a “patriotic MLA” who was visiting the school noticed and took objection. He raised questions in the Kerala assembly, setting off a process which ended with the headmistress regretfully expelling the students. The Emmanuel children moved the Supreme Court, after the Kerala High Court rejected their petition, holding that no word or phrase in the national anthem offended religious sensibilities. The Supreme Court, however, took the Emmanuels at their word, “pointing out that their objection was not to the wording or sentiments of the national anthem”, but that their “honest belief and conviction” that their faith did not allow them to join any rituals except prayers to Jehovah. The court noted that the children “truly and conscientiously believed” and do not hold their views out of perversity or unpatriotic sentiment. Even if their religious beliefs may appear strange or bizarre, weren’t their sincere beliefs entitled to the protection of the Constitution? The court, led by Justice Chinappa Reddy, found that forced singing of the national anthem violated their rights of freedom of speech and expression under Article 19 and their right to practise their religion under Article 25 and ordered the school to readmit them.

The same year that the Emmanuels went to court demanding their freedom to religion also saw a septuagenarian Muslim woman petitioner demanding freedom from religion. Shahbano Begum, a divorced Muslim woman demanded that her husband pay maintenance that she was entitled to under the secular Criminal Procedure Code, while her husband maintained that under Shariat law that app­lied to all Indian Muslims, his obligations ended at the end of the three-month period. The Supreme Court followed years of precedents and held that Shahbano’s rights for maintenance under the general law persisted despite both she and her husband being devout Muslims.

The Emmanuel children and the elderly Shahbano both emerge as unlikely champions for the Constitution. Jehovah’s Witnesses denounce all secular governments as the world of the devil, yet they turned to the secular charter of the state as a shield to refuse to participate in its rituals, inc­luding the obligation under Article 51 to respect the nat­ional anthem. Shahbano Begum (in picture above), a devout Muslim woman, followed the footsteps of many of her sisters in using the Constitution as a sword to fight against discrimination within the household. Both faced vitriolic attacks at the time—the Emmanuels for not being pat­riotic to the nation; Shahbano for letting down an already beleaguered Muslim community by allowing a court to adjudicate matters of Shariat law. Their claims were made in a decade marked by religious strife, from the anti-Sikh pogroms in Delhi, the curbs on the Ananda Margis in Bengal, communal riots across the country and the beginning of the Ram temple agitation. Neither judgment ended the struggle. Shahbano’s decision was overturned by Parli­am­ent, while the Supreme Court in later years seemed to rev­erse their guidelines about abstaining from the nat­ional anthem. Yet, these individuals persisted with their claims and were able to carve pathways to rights in the Constitution, pathways that made it possible for others to make similar claims in the years that followed.