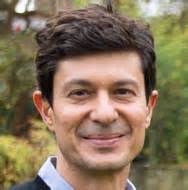 On November 9, Cambridge University Professor of Economics Kaivan Munshi talked about his ongoing research on sex selection in India. The lecture, titled “Missing Girls” was the 2017 Annual Indu Bhatt Lecture sponsored by the South Asian Studies Council at the MacMillan Center. Throughout the talk, Munshi argued that sex selection – through female feticide, infanticide, or neglect – is largely due to the structure of the caste-based “marriage market” in India. (view video)

Munshi first introduced the problem of sex selection in India. He pointed to current child sex ratios of boys to girls, which were higher than the natural child sex ratio baseline. South India, which had “almost no sex selection prior to 1980, now is almost caught up with the national average.” Since the 1980s, India has experience great economic growth. “We would expect that with this economic progress would come greater gender equality but… if anything, the problem has worsened,” he said.

The “sensational” media coverage and public discourse on sex selection in India have mainly focused on problematic states in North India, but Munshi’s research suggests sex selection is more pervasive than many expect, often permeating throughout different subpopulations throughout the country. One such sub-population is the caste, or jati. He noted, “the variation within castes in a single district in South India … is as large as the variation between all states in the country.”

Munshi attributed sex selection to the structure of “marriage markets,” one of which exists for each caste since 95% of people marry within their caste. He pointed to the dowry, in particular, as an explanation for sex selection. “In India, there is this notion that basically, if you have a girl, you’re at a disadvantage because you are paying all this money at the time of marriage.”

Munshi then explained why there was almost no sex selection in South India prior to 1980. He noted that although marriages in both North and South India are within castes, marriages in South India have the additional feature of being between close-kin. Traditionally, “the most preferred match for a girl was either her mother’s younger brother, or if he was unavailable, one of the mother’s brother’s sons.” Because marriages are patrilocal, meaning that women usually move into their husband’s home, marriage in South India prior to 1980 can be thought of as a reciprocal arrangement between family groups over many generations, where families would “basically send girls back and forth.” In one generation, the “girl goes from one side to the other,” and in the next, another girl “goes back in the opposite direction.” Because of the reciprocal nature of the marriage institution and the lack of a substantial dowry, there was little sex selection.

Munshi then discussed how the economic growth of India post-1980 ended the more traditional form of close-kin marriage. Once there was economic development, “family, or dynasties, that were very well-matched on wealth over many generations, suddenly were not.” Instead of marrying between particular families, women began to “marry on the market.” Dowries appeared as a way to “clear the marriage market.”

Munshi then introduced his economic model, which suggests that the main drivers of sex selection are the patrilocal nature of marriage and the social norm that women must marry. The dowry, which can be viewed as a pre-mortem bequest (or inheritance) to the daughter, does not directly go to her because she must move into her husband’s home. The resources only flow to the daughter through her in-laws and her husband, who “eat up” a large part of the dowry before any is given to her.

Munshi reasoned that the shortage of girls caused by sex selection implies that the wealth-gap between the woman and her husband increases down the wealth distribution, making it more attractive for poorer parents to have a girl because she is likely to marry a much richer husband. The model thus predicts decreasing sex selection with decreasing wealth within each caste.

Unlike sex selection in China, where the shortage of women has resulted in men paying higher prices, the shortage of women in India comes with extremely high dowries. To Munshi, this suggests that there is something inherently wrong with the marriage market in India, beyond any individual preference for sons over daughters.

Munshi supported his economic model by data collected from residents in Vellore District, Tamil Nadu. He found that within each caste, the probability that a child was a girl increased with decreasing wealth, as predicted in his model. This trend held across all major castes, even ones that were considered socio-economic opposites. When considering the 30 largest castes, Munshi found that 70% of variation in the probability of having a girl was within castes. The results show that sex selection does not only occur in a few problematic states, but is “way more pervasive than people have realized.”

The roots of the problem – seepage of the dowry to in-laws caused by patrilocal marriage and the social norm that women must marry – can be most directly addressed by increasing the woman’s bargaining power through raising the “abysmal” female labor force participation rate. Munshi noted that interestingly, in his study area, “more educated women are more likely to stay home.” Education alone, however, does not matter in terms of economic independence. “At the end of the day,” he said, “if they don’t end up in the labor force, they are not independent.”