How to sync elections: Use Rawls’s ‘veil of ignorance’ approach by pushing it to an unforeseeable future 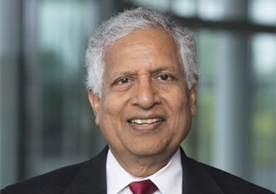 The following article appeared in the Times of India on Feb. 24 and was written by Shyam Sunder, James L. Frank Professor of Accounting, Economics, and Finance at Yale School of Management, and a member of the South Asian Studies Council at the MacMillan Center.

A proposal for synchronising federal and state elections is the subject of intensive debate and discussion in India. Although the Lok Sabha (the lower house of India’s Parliament) as well as 28 state legislative assemblies have a statutory life of five years, occasional early dismissals and consequent elections have thrown federal and provincial election calendars out of sync. India now has elections held in one state or another every few months. Besides the high cost in time and money, this perpetual election mode does not support good governance in the country.

An argument has therefore been made that India should make the necessary constitutional amendment to synchronise the election calendars. This will keep politicians, media, and the administrative machinery of the country from being permanently focused on and engaged in preparing for elections.

On this much, there appears to be a fairly broad agreement among most people interested in improving the functioning of Indian democracy. Two former chief election commissioners of India who occupied the office respected for its competence and nonpartisanship — N Gopalaswami and SY Quraishi — are reported to have supported this goal.

But the devil is in the details, especially with regard to the contentious issue of the timing of the proposed change. All sides, especially politicians, consider how the timing of such a change in Indian polity from a perpetual electioneering mode to a fixed periodicity might affect their party’s electoral prospects.

No matter who proposes the change, it is presumed that the proposer must see some electoral advantages from it. Such suspicion about the motives behind the proposal is reinforced if it happens to come from the party in power. In this environment of distrust about the motives of the competing parties, arguments for and against the substance of the proposal do not help. If anything, debate only reinforces the entrenched positions.

Fortunately, all is not lost. If the principle of synchronised elections is indeed seen to be advantageous for India, the problem of timing can be resolved by making the decision to change at one time (call it t) with a commitment to delay its implementation to a later date (t+n); n is the gap between making the decision to change and implementing the agreed upon change.

The key to the success of this “veil of ignorance” approach (proposed by philosopher John Rawls in 1971) to social policy decisions is that the chosen implementation delay is sufficiently large. If the chosen delay in implementation is long enough, the parties make the decision on the basis of its overall desirability to society. At this time they do not know how the change will affect their position relative to the other parties.

The relative effects depend on too many unknown contingencies that arise during the interim. The inability to anticipate the contingencies and their consequences – the veil of ignorance in Rawls’ words – enable the parties to agree on a socially desirable decision at date t and an advance commitment to implement it at a later date (t+n).

If, for example, the decision is made in t = 2018, and n is chosen to be 10, it will only take effect in elections subsequent to 2028. How many politicians can claim to know in 2018 whether such a change will benefit or harm their party in 2029? Predictions about the effect of change on even 2024 elections would be extremely difficult to divine; perhaps even n = 5 might be agreeable to the parties.

This method of resolving the timing issue is not without a disadvantage of its own however; in this case a delay of 5 or 10 years before India switches to a better system. But this delay is a small price to pay for moving ahead with the reform, especially if the alternative is to remain in an indefinite political deadlock.