Food, famine, and the making of modern India 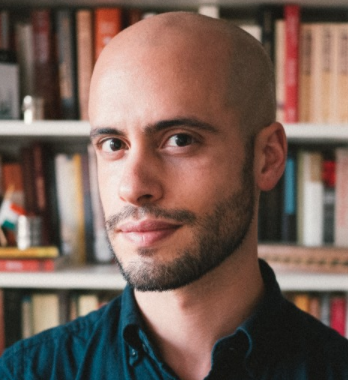 The South Asian Studies Council recently held the third installment of its popular Spring 2019 Colloquium series on Feb. 7. Benjamin Siegel, Yale College ’07, now an Assistant Professor of History at Boston University and a visiting fellow this semester in the Agrarian Studies program at the MacMillan Center, spoke on the topic of his new book, Hungry Nation: Food, Famine and the Making of Modern India, and outlined how concerns related to food security played a central role in the popular imagination both before and after independence.

Siegel began by outlining how famines in British India played a pivotal role in stirring anti-colonial sentiment in both India and the wider diaspora. In many ways, Siegel argued, sustenance grew central to the structure and language of nation building, with anti-colonial rhetoric framed in terms of a malnourished body politic. These were not simply premised on an opposition to foreign government, but even more so on the proposition that domestic rule would be better government, one better equipped to nourish and eventually ‘develop’ India’s masses. As news of the 1943 Bengal famine spread across an increasingly interconnected subcontinent despite British efforts at censorship, the need to find ways to feed India’s masses only grew more pressing in the minds of India’s nation builders.

Siegel demonstrated how these currents persevered with the transition to an independent post-colonial state. Cries for national planning would increasingly be articulated in terms of food; for example, Rajendra Prasad, soon to be India’s first President, argued that India’s most pressing task was the fight against hunger. These anxieties were only exacerbated by the flood of refugees produced by Partition. Debates about food security were central to those of the state, and Indian citizens were expected to participate in the process towards eradicating hunger even as the state increasingly saw itself taking a technocratic role towards centralized food production.

This path was by no means natural, however, with the ruling Congress party often split between Gandhians, modernizers, socialists and libertarians. What underlay all these debates, however, was an agreement that food was a national concern, a site for individual citizens to make claims but also one where the state worked closely in the form of didactic and gendered moves to remake the Indian palette. This involved an attempt to wean Indians off staples like wheat and rice to coarse grains like millet, or encourage them to skip a meal for their countrymen, and while these attempts largely failed, they underscored the Nehruvian ideal that citizens would have to be partners in state building. At the same time, the state began bureaucratic expeditions among world powers in search of food imports, as well a centralized system of food planning, production and distribution, involving a national granary, a food rationing system, and collective farming.

Even as the state began to move towards collectivized farming and grain distribution, Siegel argues that the rationale of productivity soon grew dominant. This grew particularly true in the era of the Green Revolution, where paradigms of productivity continued to harken back to previous plans that had been kept on ice. Thus, argued Siegel, the Green Revolution did not emerge out of the blue but had a past in the debates around nation building and famine in the decades preceding it.

Siegel ended on a powerful note, highlighting the socially malignant inequity in India today, one where equity has been left behind by the language of productivity. India has stocks of grain, almost a billion cellphones, and nuclear power, but still struggles to feed its people, with particular inequities across caste and religion. In Siegel’s argument, this endures because, not in spite, of this history.