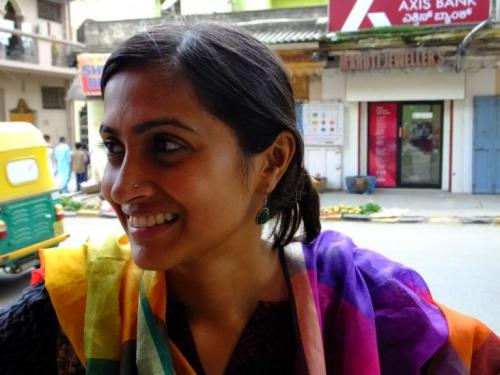 Animal Intimacies, which will be published by the University of Chicago Press, asks what it means to live a life that is knotted with other lives for better or worse. Through an ethnographic exploration of multispecies relationships in India’s Central Himalayan state of Uttarakhand, the book traces how these knots of connection produce a sense of relatedness between human and nonhuman animals. The book argues that to understand these entanglements of human and nonhuman lives as constituting forms of relatedness is to acknowledge that one is not made alone, but through the enactment of relations – both desirable and undesirable – with a host of other beings whose paths crisscross one’s own in ways that defy the integrity of bodies, subjects and communities. One of the main arguments of the book is that the experience of relatedness is not restricted to humans alone, but is shared by nonhuman animals. Animals were not just a symbolic foil for human representation, but subjects whose agency, intention, and capacity for emotion were crucial in shaping the relationships they shared with humans. Throughout the book Professor Govindrajan charts how relatedness – the relational unfolding of life – was expressed and experienced in varied ways by different animals along the continuum in the course of their fleshy entanglements with one another. Instead of focusing on human entanglements with a single species, this book follows the lives of a variety of animals across different species, allowing it to complicate and disaggregate the all-too-capacious category of animal in ways that permit a recognition of the diversity of experiences and subjectivities among different animals.

Animal Intimacies follows multispecies relatedness as it emerges across a number of different terrains: through the ritual sacrifice of goats, an act of violence that is increasingly critiqued by animal-rights activists and has become the subject of legislation; right-wing political and religious projects of cow-protection that are frustrated by the fact that the bodies of cattle are too wayward and distinct to be contained within a stable and homogenous symbol; a contemporary politics of exclusion and belonging that has been sparked by the sudden and unwelcome appearance of monkeys translocated from cities to mountain villages where they feed circulating anxieties about the loss of cultural identity; wild boar whose protection by the state under conservation laws is contested by villagers on the grounds that the history of these animals’ wildness is fluid and contingent; and, bears who are believed to abduct and have sex with women, a tale of queer crossing that blurs the boundaries between species. Each of these chapters will trace a different form of relatedness, paying particular attention to how it is shaped by different animal lives within and across species that are engaged by people, and what kind of material and affective labor that engagement entails. In the Epilogue, the book turns to what the violent connection between leopards and the dogs they eat can illuminate about the nature of relatedness and its possibilities. Through its exploration of these grounded multispecies relationships, Animal Intimacies brings a novel perspective to longstanding themes of scholarly interest in South Asia, including environmental and agrarian change, religious politics, popular Hinduism, gender hierarchy and female sexuality, and the relationship between the postcolonial state and its margins.

Radhika Govindrajan is an Assistant Professor of Anthropology at the University of Washington. She received a Ph.D. in Anthropology from Yale University, an M.A. in Modern History from the Jawaharlal Nehru University, and a B.A. in History from Delhi University. She teaches courses on environmental anthropology, multispecies ethnography, comparative religion, and South Asia. Her articles have appeared in American Ethnologist, Comparative Study of South Asia, Africa, and the Middle East, and RCC Perspectives. She was awarded the 2016 General Anthropology Division’s Exemplary Cross-Field Scholarship Award and the 2016 Anthropology and Environment Section’s Junior Scholar Award. She is currently working on two new projects: the first examines the nature of democratic village politics in Uttarakhand, and the second examines contemporary projects of regionalism in the Himalayas, with a focus on Nepali migrants to the region. Professor Govindrajan was awarded an AIIS Junior Fellowship to conduct her dissertation research in 2010-2011.