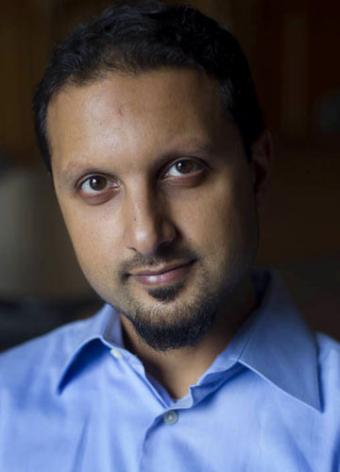 Where is Afghanistan? In the post-Cold War era of area studies, Afghanistan has often been relegated to the margins of three regions – the Middle East, South Asia, and Central Asia – to the extent that it has seldom been awarded full-fledged membership in any of them. Consequently, Afghanistan has often been thought of as an exotic backwater, a land of tribes and terror, or a backward buffer zone between the noisy neighbors that surround it on all sides. Afghanistan has been sidelined in both scholarship and reality as either one of hapless victims or self-destructive oppressors, with tragedy its only historical and literary genre.

Professor Faiz Ahmed offered the audience at the first meeting of the Spring 2019 Colloquium Series a different story. Prof. Ahmed, an Assistant Professor of History at Brown University, has recently released his first book, Afghanistan Rising: Islamic Law and Statecraft between the Ottoman and British Empires, and was here at Yale to speak about it. Rather than perpetuate long-prevailing caricatures of Afghanistan, Ahmed and his book cover the story of the first Muslim-majority country to gain independence and promulgate a constitution, a country that was anything but latecomers to legality, constitutionalism and modern statehood and citizenship. At the same time, Ahmed’s book was hardly one limited to Afghanistan alone, and the histories of Afghanistan’s first constitution unearth new stories of transnational collaboration from Islamic jurists, diplomats and scholars hailing from cities as far apart as Istanbul and Aligarh. But in this story, Afghanistan forms the center, not the periphery.

Promulgated in 1923, the Nizamnamah-ye was crafted from scratch. It guaranteed universal education, transparent schemes of taxation, public schools for both boys girls, legal protection for minorities, and even codes of animal rights. But, argued Ahmed, rather than an imperial transplant, the constitution was a product of inter-islamic networks of communication that brought Ottoman, Afghan, and Indian scholars to Kabul to form a pioneering articulation of law, constitutional governance, and Islamic modernism. Central to its creation were King Amanullah Khan and Soraya Khan, the royal couple, but also Osman Bedri Bey, an Ottoman jurist, and Dr. Abdul Ghani, an Indian scholar. But these figures mark only a few among numerous contributors from across the Muslim world. In a world were pan-Islamism is now looked at with apprehension, these networks and the complex ideas and motivations of the people that formed them helped create a multilayered, modern, and relatively progressive document that preceded all others in the region.

Ahmed concluded by stating that his aim is not to romanticize a document which has aspects that modern sensibilities should see as problematic, but instead to counter a narrative that privileges themes of extremism in Islam to build a false and constructed binary of the Islamic pitted against the Judeo-Christian West, and one where Afghanistan takes center stage as a site of tribalism, backwardness, and violence. Instead, Ahmed’s book takes a look at a time when an alternate future was possible, one where Kabul – and Afghanistan – stood proudly as a modern, constitutional, independent – and Islamic – state. Perhaps rather counterintuitively for the modern reader, Afghanistan – and the history of its first constitutional monarchy – does have a lot to offer the region: a story of inkshed over bloodshed. At a time of turmoil in the nation, but also in the wider Muslim world, Ahmed argues that remembering these histories is important.