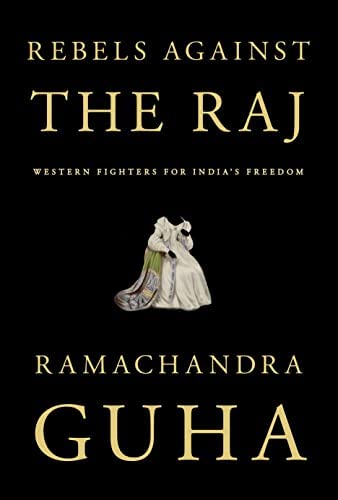 On Friday, October 7th, the South Asian Studies Council was honored to host historian Ramachandra Guha, Distinguished University Professor at Krea University, for the Annual Gandhi Lecture. Guha, who is the author of acclaimed books including India After Gandhi and the new Rebels Against the Raj, was introduced by Professor Sunil Amrith, Renu and Anand Dhawan Professor History and Chair of the South Asian Studies Council. The topic of the lecture was “Beyond Racial Binaries, Western Fighters for India’s Freedom.” Guha began by explaining that he wanted to add nuance to the language of “bad white men and bold and brave brown men and women” that characterizes discourse around the Indian independence struggle. Guha’s lecture highlighted seven American and British participants in the independence movement—Annie Besant, B.G. Horniman, Samuel (Satyananda) Stokes, Madeline Slade (Mirabehn), Philip Spratt, Ralph Richard Keithahn, and Catherine Mary Heilman (Sarlabehn). After offering brief biographies of each, he described the similarities they shared as “renegades” and activist intellectuals who existed in Mahatma Gandhi’s orbit and dedicated themselves to the cause of a country that was not their own. A recording of the lecture is available below.