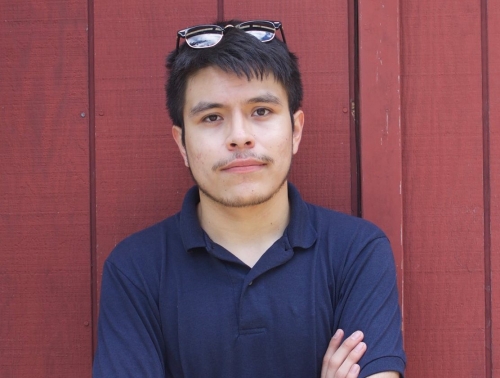 As the bus pulls into the Hotel Grand Tivoli, it is nighttime. Swimmers dart across the nearby pool in their summer mirth. Two loudspeakers play an EDM-style Bollywood tune. Meanwhile, sleep-deprived academics hunker down behind their suitcases and watch, bewildered, as the bathers sprint across the lobby and drip chlorinated water all over the marble floors. I turn to my erstwhile thesis advisor, Prof. Rohit De, and ask him to explain the situation. Why has no one protested about the wet floors? Who picked out the terrible music? And, more importantly, why are the swimmers fully clothed?

“You’ve got to preserve your modesty,” he says with a chuckle. The unintended addendum is that you should have fun while doing so.

At this precise moment, I wonder what the hell I’ve gotten myself into. You, the reader, might ask yourself the same, so here’s a little bit of context: in July 2018, Yale’s South Asian Studies Council (SASC) held their tenth annual Modern South Asia Workshop in Sonipat, Haryana. (This was why we were at the Tivoli in the first place.) Over the next two days, fifteen bright-eyed scholars would discuss their papers on a spectrum of subjects related to South Asia. The workshop took place right after the fifth annual AAS-in-Asia Conference, in the shadow of controversies over the (inadvertent) exclusion of Pakistani scholars whose visas were refused by the Indian Ministry of External Affairs. I was worried for another reason, though.

Looking around the Tivoli, I was both impressed and appalled by the gaudiness of the décor: the excessive travertine marble, the imposing neon signage, the modernist black furniture. What a mood, I thought to myself. Just as in academia, so too in hotel design: one can have so much “good” taste that it becomes “bad.” Or maybe not “bad” – just comical. In the exaggerated attempt to preserve or perform modesty, you hit the opposite extreme of hilarity or debauchery.

Academia has, in this respect, learnt far too much from the business world. Ostensibly “serious” conferences and workshops are not structured to provide substantive discussion but rather to facilitate superficial networking and résumé padding. (It’s all about image, you see.) Instead of engaging with peers in a sustained manner, professors and students alike are offered a sumptuous cornucopia of intellectual “finger-foods” – often frivolous tidbits (ahem, “presentations”) that are hardly nutritional in the first place. And who could forget the classist ironies of it all? For scholars whose work chiefly deals with poverty, it must be mighty awkward to have to sit through pompous receptions and dinners. No wonder there are open bars at all of these events.

When we arrived at the Tivoli, I was afraid that the MSAW would be more of the same – an expensive excuse to perform intellectualism, eat fatty foods, network with near-strangers, and pad résumés. The workshop structure swiftly dispelled my fears. Instead of having short, mechanical discussions with relatively uninterested collocutors, I had the marvelous opportunity to work through meaningful problems with scholars who seek to innovate in their fields. There were no pretenses here. Undergraduates, graduates and professors all listened to each other closely, attentively, with respect for thought rather than for hierarchy. Although there was considerable attention and deference to disciplinary boundaries, the participants were more than willing to play with concepts and methodologies from across the university.

Perhaps what impressed me the most was the diversity of backgrounds and trajectories of these fifteen folks. There were papers about the human hair market in India, the political economy of caste in the longue durée, and the procedures meteorologists in the British Raj used for monsoon prediction. Each piece was well-rounded and well thought out; each displayed the laborious love that only a scholar can feel for his or her subject. But on the surface of it, these papers had few, if any, similarities except for their common area studies focus. Hence, the paradox: neither the papers nor the aspirations of the participants lined up in any easily visible sense, but here they were together, in the same pool, joined by a commitment to rigor, exploration and the life of the mind. Like the swimmers at the Tivoli, they – we – learnt to ignore the pomp and circumstance and look past garb and nationality. And that was what I found most lovely about this experience.

Clothes or no clothes, the true scholar goes in headfirst.

Sergio Infante is pursuing an M.Phil. in Modern South Asian Studies at the University of Cambridge. He graduated from Yale with a B.A. in History in 2018.