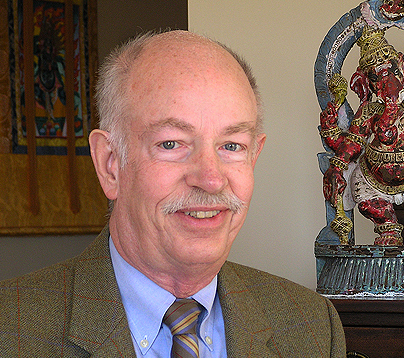 The Association for Asian Studies’s decision to site the fourth annual AAS-in-Asia conference in New Delhi inspired SASC to hold our own tenth annual Modern South Asia Workshop just afterward.  With its 160 panels and more than 600 presentations, the AAS meeting provided an excellent prelude to our workshop, held on July 9th and 10th on the Ashoka University campus outside New Delhi.

The MSAW opened with a dinner for 67 attendees at the Taj Mahal Hotel in New Delhi the night before the formal conference began at Ashoka University the next day.   The workshop itself comprised five panels of three advanced graduate students (or new PhDs) each, led by Yale or Ashoka faculty.   As with our previous nine MSAW events in New Haven, the 15 presenters were selected from a large number [how many?] applicants.  Seven came from universities located in the US, six in India, and two in Europe.  With respect to academic disciplines, four were in anthropology, three in history, two each in art history, film studies, religious studies and sociology, and one in English.

The central animating idea behind the MSAW series has been to identify a small group of exceptional graduate students from different disciplines and places who are studying South Asia and bring them together for a couple of days to discuss their work and come to know one another.  Our hope has been that they will form lasting connections that will support South Asian area studies as an academic enterprise as they advance in their careers.  While this seed planting admittedly entails considerable risk, we at SASC feel it constitutes a worthwhile investment.  And in the short term, the quality of presentations and discussion appeared to justify our sponsorship of the workshop.

As a side benefit, we supported 11 of our own graduate students to attend the MSAW, and four outstanding undergraduates.  Three of our active faculty also attended, along with two Yale faculty retirees now teaching at Ashoka, and three Luce Hall administrators.

Finally, the New Haven delegation had a chance to visit and experience the new Ashoka University campus, meet a number of faculty members, and get an impression of this institution with which we are increasing our connections.