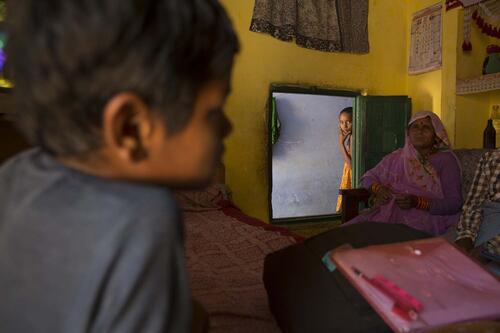 Inclusion Economics (IE) at Yale University will work to inform the design of institutions in developing countries that will include the excluded and allow the poorest to make a permanent escape from poverty. With an initial focus on South Asia, IE’s work will focus on innovative data collection, cutting-edge research, close engagement with policymakers, and communication of data-driven insights to strengthen the democratic voice of the poor.

The initiative aims to facilitate interdisciplinary collaboration with researchers from across the University. Its presence in South Asia through network organizations will allow Yale to make a broader impact in the region while furthering the University’s strategic international goals.

“In an age of growing inequality, it is clear that economic growth is not a tide that lifts all boats,” said Rohini Pande Henry J. Heinz II Professor of Economics who co-directs the initiative. “Our work is guided by the insight that inclusion must be intentional and occurs when institutions distribute power equitably, rather than along traditional lines that reinforce exclusion and bias.”

“We hope that Inclusion Economics will support Yale faculty working on these issues and provide Yale students opportunities to participate in research and programming on the role institutions can play in making development more inclusive,” Pande added.

Inclusion Economics at Yale University is a collaboration of the Economic Growth Center (EGC) and the Whitney and Betty MacMillan Center for International and Area Studies, working closely with Inclusion Economics India Centre and Inclusion Economics Nepal at Governance Lab – as well as colleagues at other universities. The initiative builds on a number of multi-year studies and policy engagements that began at Evidence for Policy Design at Harvard Kennedy School, as well as new projects. It is directed by Professor Pande and Charity Troyer Moore, Director for South Asia Economics Research at Yale MacMillan.

“On any given day, Inclusion Economics staff may be attending academic lectures, analyzing data, leading policy roundtables for senior government officials, or interacting with frontline workers and citizens in rural villages across South Asia,” Charity Troyer Moore said of the group’s day-to-day activities. “We believe answering big questions on inclusion requires not only academic expertise and rigorous research, but also the willingness to directly learn from those we seek to understand and benefit.”

“We are thrilled to co-host Inclusion Economics at Yale MacMillan,” said Steven Wilkinson, Henry R. Luce Director, Yale MacMillan, “because not only is the team dedicated to working across disciplines to collaboratively tackle some of the world’s critical questions, but also because their work engages regional conversations and expertise. This depth in critical scholarship is matched by their commitment to engaging key decision-makers in the research results to ultimately build more inclusive societies.”

Full details about Inclusion Economics at Yale University can be found on the website: ie.yale.edu